How to Join Us 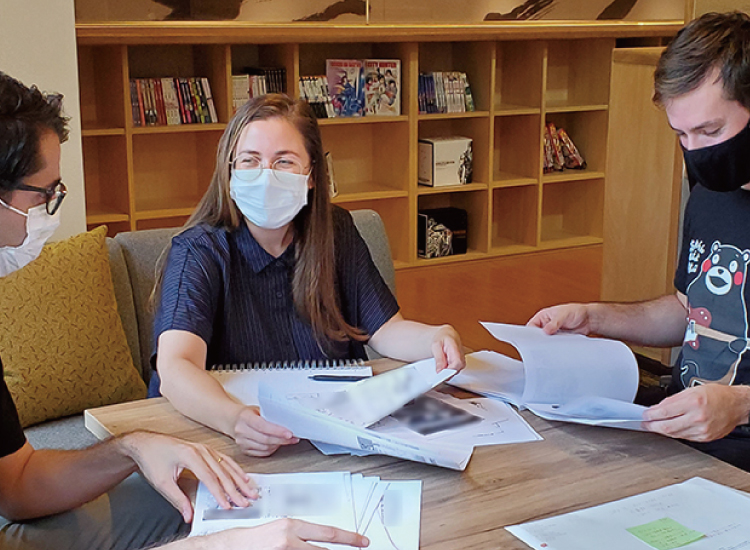 The first step to join the Artists Village Aso 096k is to apply to the SILENT MANGA AUDITION® (SMA), one of the largest manga competitions in the world. With manga entries without dialogue, SMA aims for manga to become a common international language.

To achieve this goal, an international community of manga creators called the SMA MasterClass was created. Based on their abilities shown through their entries, a select number of SMA award winners are invited to join the SMA MasterClass, where they receive invaluable editorial support and exclusive opportunities to help them break into the Japanese manga industry.

Among these exclusive opportunities is the Artists Village Aso 096k. The MasterClass members who show the most potential and passion necessary to work in Japan will be invited to join the Artists Village. There, the linguistic and professional support of the SMA Editorial Dept. and COAMIX Inc. will assist them in achieving goals difficult to reach if living outside Japan.

How to Join Us

The SILENT MANGA AUDITION® (SMA) is the world's largest international manga contest, with over 4,000 manga creators from over 120 countries participating.

SMA strives not only to teach international manga creators about the basics of manga making, but to also offer them multilingual and editorial support to aid them in creating entertaining stories for any kind of reader. Rather than translating manga from Japanese and selling it internationally, the goal of SMA is to develop international manga creators and for them to spread the manga industry throughout the world with cooperation from publishers in their home country.

In addition, international creators who are recognized for their achievements and talents are invited to join the SMA MasterClass and are provided editorial support from the SMA Editorial Department. MasterClass members also have access to exclusive opportunities such as invitations to intensive workshops, lectures, and chances to meet with Japanese manga artists and editors.

Furthermore, the international creators who will be first invited to join the Artists Village Aso 096k project will be chosen from within the MasterClass.

Messages from the SMA Editorial Department